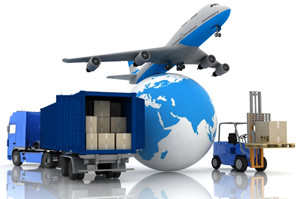 The global transportation management systems (TMS) market is an area that is poised for growth. As I’ve written about in the past, one of the major trends that is driving TMS adoption is the strong, proven ROI associated with an implementation. ARC survey on the ROI of TMS found that respondents indicated freight savings of approximately 8 percent with the use of a TMS application, which is a 2 percent improvement from the last time ARC surveyed TMS users. Given the demonstrable ROI associated with a TMS deployment, more and more companies are looking to take transportation management in-house. This holds true for those companies in the SMB market, and the emergence of cloud solutions has helped to bridge that gap. However, even though the required transportation spend to justify implementing a TMS has been reduced significantly, there are still price barriers that make it difficult for smaller companies. A new trend has emerged that eliminates this problem: free TMS.

As I wrote about earlier this year when examining some of the market disruptors and growth inhibitors, free TMS solutions are slowing the growth of the TMS market. Some brokerage companies offer a “free” TMS. In these solutions, the route guide is populated with carriers the broker has a relationship with, and the broker makes their money based on the spread between what shippers pay for the shipment and what the broker pays the carrier.

One of the major issues that companies had with these free TMS solutions, however, were limitations in terms of optimization capabilities. Additionally, there were generally limits to how much use one could get out of the solution. The end goal was to build a bigger network of shippers and carriers, while building out a customer base in the SMB market. When it comes to “free” solutions, there is often a difficulty around garnering trust, and this continued to be one of the struggles for those companies offering a free solution.

We recently spoke with a new entrant to the free TMS space: Kuebix, a cloud-based TMS provider that has been providing logistics technology to enterprise businesses since 2008.. The new solution is called Kuebix Shipper and was launched last month. During our briefing, the Kuebix team made it clear that this solution went beyond simply giving small and mid-market companies access to a TMS that was previously beyond their reach. Instead, the idea is to create a giant community of shippers using the TMS tool, while offering unlimited negotiated and spot rating, booking, and tracking. This is really the differentiator that I have seen from other free TMS solutions – the unlimited rating, booking, and tracking of TL, LTL, and parcel shipments.

According to Dan Clark, Kuebix founder and president, “similar to how the widespread adoption of affordable smart phones changed the way we communicate and interact, a TMS that is available to all businesses and all budgets will have the same impact on the shipping community. As your smartphone has been the tool moving us into this collaborative digital era, the TMS will be that tool for the shipping world.”

Since Kuebix announced their free TMS solution, more than 1,500 shippers have signed up to use the tool. With this many shippers already on board, Kuebix is moving in the right direction in terms of meeting their vision of a giant community of shippers to optimize shipping operations. As more shippers and carriers join the network, the community benefits through more rates to choose from and more capacity to match, especially when it comes to backhauls. Eliminating deadhead miles, or at the very least reducing them, can mean a significant boost in revenues and profitability.

While the free TMS market is not a new concept, unlimited and free have generally not been part of the same equation. Kuebix is combining the two concepts to drive a large network of shippers and carriers to make transportation more efficient, affordable, and profitable. The solution also enables smaller companies that previously did not have the ability to bring transportation management in-house to do just that. Shippers also have the option to upgrade to Kuebix Business Pro version for more functionality. While the network has grown to over 1,500 shippers, time will tell how well the free TMS offering is adopted and just how much of an impact it will have on the greater TMS market. I’ll certainly be keeping an eye on this one, and given the direction it looks like this is heading, I wouldn’t be surprised to see some more new entrants to the market.